So this is the first sex toy I've ever come across that I’d heard little about. I have to say, it's probably one of the most bizarre experiences I've had in terms of discovery.

Because, of course, when one finds something called a 'pussy pump', you kind of have to figure out what it is...And naturally, I wanted to find out the best pussy pump out there.

This is one of those situations where you absolutely cannot justify why you didn't look further into this strange thing you found. But before I explain what, exactly, a pussy pump is, here are the products I'm reviewing:

Here are the contenders for Best Pussy Pump... 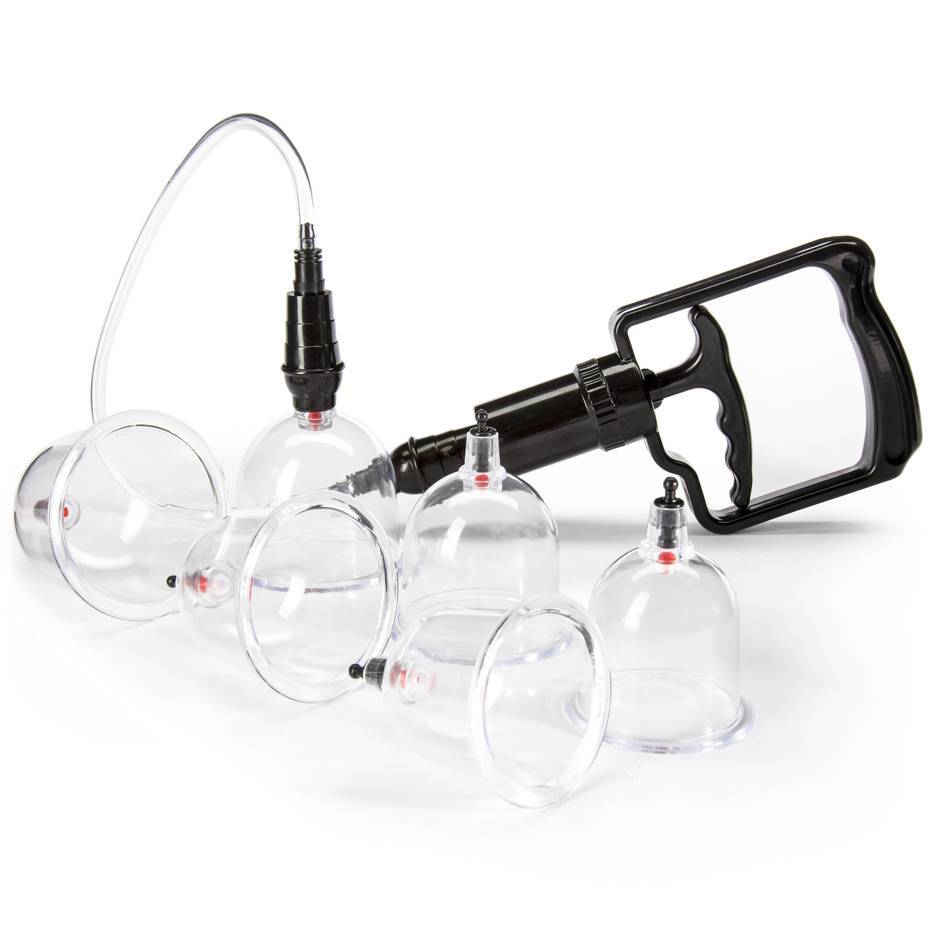 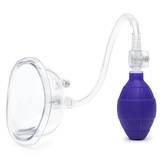 So now let's get to the question that's on everyone's mind:

What The Hell Is A Pussy Pump?

Well, when you squeeze the bulb and it applies pressure to the clit, blood flow's encouraged and you're overall, more sensitive to touch. In turn, your orgasms are stronger...Hell Yeah!

Because using a pussy pump is essentially like sticking a cup on your face and sucking on it to get it to stay there, there's some swelling of the labia and clit.

Which although can make your pussy look like over pumped balloon animal DOES gives a special feeling that some people prefer.

Yes, there are some lingering effects of this 'specialist' toy. There's generally a little bruising and swelling which can be a little uncomfortable since they last for about a day or so.

Is There Any Medical Proof That Pussy Pumps Are Bad For My Health?

Is there any medical proof that pussy pumps are bad for my health?

Unfortunately, since the medical field is more focused on creating treatments for medical studies on men only, there is a whole lot of medical information about 'penis pumps' but none on pussy pumps.

Seriously, I tried to look up whether or not pussy pumps caused bruising and all of the results were for penis pumps. So sorry, ladies.

I can't say in good conscience that it isn't going to cause any long-term negative effects since there isn't any medical data.

But from the experiences of other women, no one has become paralysed or suffered any other debilitating ailment. If someone had, we'd probably have heard about it fifty million times on social media.

Spicy topics like that get tons of clicks, I'm sure.

One thing I should mention is to make sure you're reading how long you can use the pussy pump. These toys come with instructions to keep you from hurting yourself or causing unnecessary bruising.

If you follow that, you're less likely to have any discomfort after using this toy.

So Is This Thing Worth Buying?

Oh my god, yes! While this is definitely a foreplay toy that you just use to get yourself started, the effects it has on your orgasm are extraordinary.

There's really nothing like using a pussy pump. I'd even recommend throwing in a buttplug if you really want to enhance your orgasm. You'll thank me later.

I've Heard Of Something Called Cupping. What's That?

If you are into cupping, you're probably not going to like the oxygen mask design of most pussy pumps. You can probably still inflict bruising, but it seems like it's going to be a bit harder.

So now that I've gone over the basics, let's get to the reviews!

First up, we have Doc Johnson's Pussy Pump. This is about as simple as it gets.

You've got your squeezy bulb and your sucky cup.  While the colors could be a little less in your face, I think this is a solid pussy pump to start with.

With any of the toys on this list, you need to lube up the edges of the cup so it creates a good enough vacuum, but other than that, it's pretty easy to use once you get the hang of it!

You just put it on your clit and start pumping. It doesn't take much time to up your sensitivity then you're good to go.

The one downside is that the cup is a little small. I would've appreciated one that was just a tad bigger. 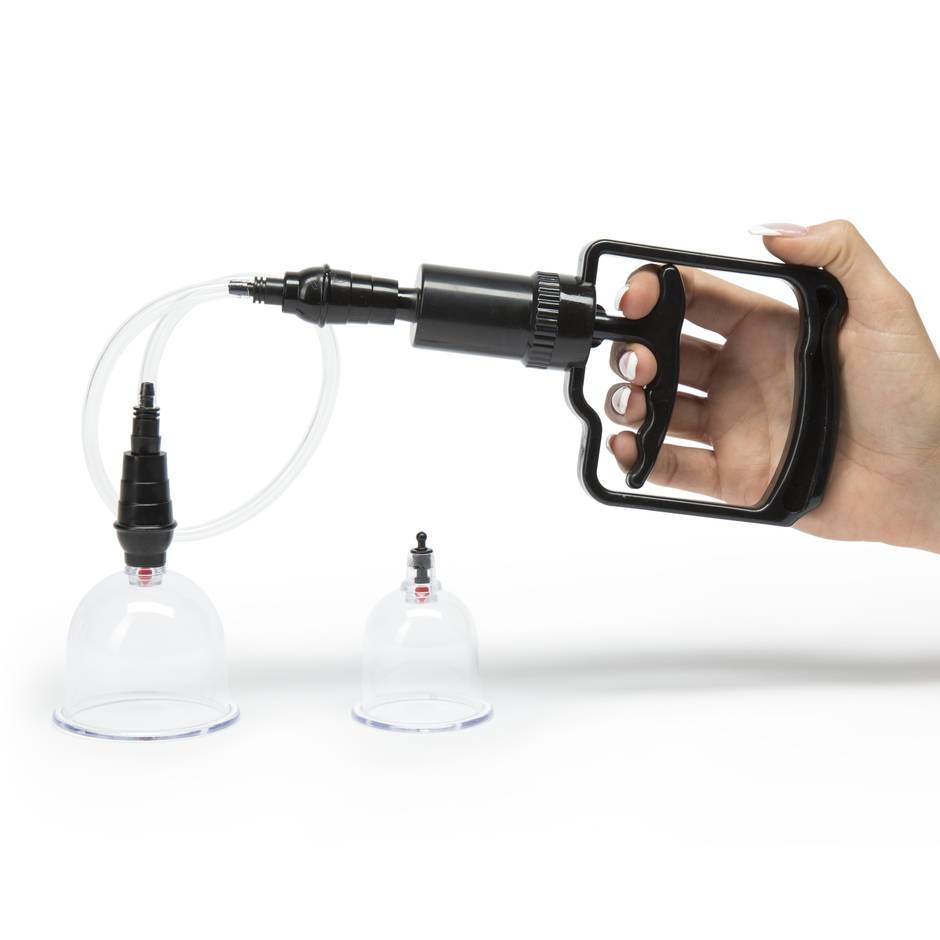 I've seen instances of people using these sets for things like cupping your shoulders or back like you would get while receiving a massage, but I don't think you're here to use this toy for stuff like that.

Overall, I'd have to say this is a pretty good toy. There are a bunch of different cups you can use and there are three different sizes. Which is great if you're not quite sure which one to start out with, or if you want to use different sizes on different body parts.

The suction is pretty great, so you can get some pretty good bruising if that's what you're into.

Do make sure you do your homework on how to use it. There is an instructional video on the product page and if you need more help, you can find tutorials on the internet as well. One thing I wish this toy had come with is a box or something to keep all of the cups in.

Generally, you can just keep all of your sex toys in a toy box and they'll be fine as long as you keep them clean (which you should be doing BTW). But with this specific cupping set, there are a lot of little pieces that you want to keep together.

If you do pick this toy up, make sure you get some kind of box or something similar to keep everything together.

This pussy pump is pretty similar to the Doc Johnson Pussy Pump and a lot of the pros and cons apply.

Whenever I review a specific type of sex toy, I try to choose products that are different from each other in one way or another, but because pussy pumps are still kinda obscure, I had to pick these two out.

But that doesn't mean this isn't a great sex toy. You're not going to have trouble using it, and it provides great suction. Like Doc Johnson's, though, the cup is a little too small. If you do choose to go with this pump, you're not going to be disappointed!

Here's one of the fancier pussy pumps on this list. This toy not only makes your clit bigger, but it also vibrates it, too! Talk about convenience! There's an easy to reach pressure release button to assure no one gets hurt.

The cup size is pretty good too! You're not going to have much trouble attaching this bad boy. The suction's strong as well. Unfortunately, it's a pretty loud toy, so discreet play is out the window. And the battery life is weirdly bad for a toy that costs as much as it does.

And here is the last and most expensive pussy pump on the list. Meet the Size Matter's Clitoris Pump. This crazy piece of technology looks like some kind of weird weapon but is just used on your clit or other parts of your body you feel need a little bit of bruisin'.

Other than the look, this is still a really cool toy.

I know I harped on the look, but if it doesn't bother you, this is a pretty great toy! It's the first of its kind I've ever seen. Granted, I've just recently learned of the existence of pussy pumps, but I digress.

Lay it on me...Which pussy pump crosses the finish line as the top toy?

If I had to choose which one of these toys is good for someone looking to start using pussy pumps, I'd have to say it's a tie between the Lovehoney Supreme Suction Pussy Pump and Doc Johnson's Pussy Pump.

While I usually don't do ties, these products are a bit too similar to choose one over the other due to just functionality and material quality.

If I had to be 100% superficial, I'd go with Lovehoney's Supreme Suction Pussy Pump since it's blue and I prefer the color over the kinda gaudy pink one. But in this case, just choose whichever color you prefer. That's what I did.

About the Author [email protected]