If you’re looking for the best Strap On out there, I would have to say Lovehoney's Advanced G-Spot Harness Kit is the best choice if you're new or already experienced with using this type of sex toy.

It's a great size for beginners while also being inexpensive and designed to hit the G-spot juuuuust right.

Luckily, I'm here to give you a couple of tips to help you decide which strap on would suit you best.

Here Are Our Top 5 Strap On's: 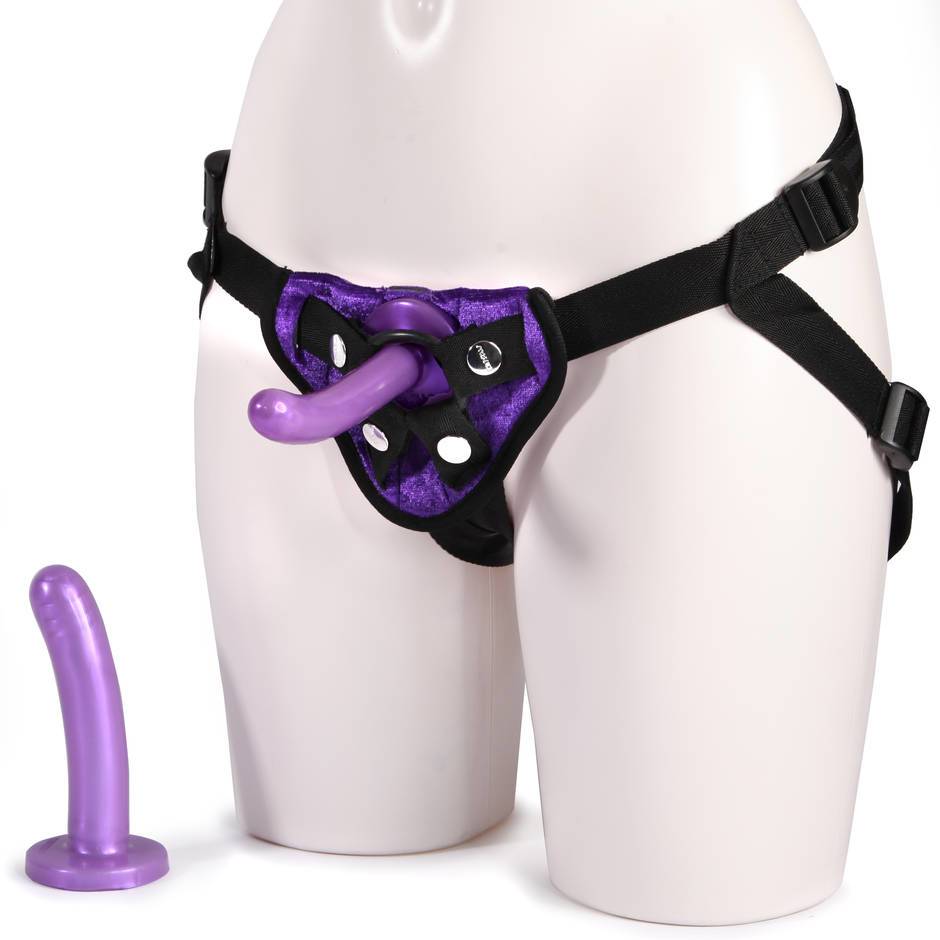 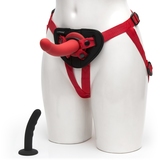 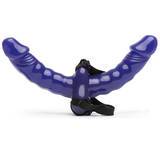 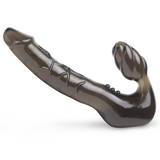 Best Type Of Strap On Harness

There are three different types of harnesses that strapons come in.

And while there isn't much difference in terms of function, you'll probably develop a certain affinity towards one or the other due to your personal preference.

Here are the differences between the choice of harnesses and why you might want to choose one over the other:

The Jockstrap - As the name implies, this harness comes with straps around the hips and across or under your buttcheeks.

The extra straps allow for a little more stability than say, a thong harness. I've found most strapons on Lovehoney have jockstrap harnesses, but you can still find a few of the other types of harnesses floating around.

The Thong - These harnesses appear as a much bulkier thong. They function pretty similarly to a jockstrap harness but don't have the straps across your butt. These look a little better than the jockstrap, while only affecting the stability a little bit.

Because you're aroused, your vagina is going to begin to lubricate itself to allow easy insertion of a penis.

This is great for traditional sex, but if you're trying to keep a largish object in your vagina, you're going to need some pretty strong pelvic floor muscles. This can be solved with some simple kegel exercises and maybe even some Ben Wa balls.

(You can also put on the harness to keep everything in place.)

(Which is a plus, if you haven't been keeping up with your kegel exercises, that is.)

How Much Do Strap Ons Cost?

As per usual, you're going to want to factor price and the effect it's going to have on the quality of the toy.

While I do think toys on Amazon are a good starting point for your foray into sex toys, I have to recommend getting a higher quality toy once you've had experience with that certain type and know that you like it.

I've found that while cheaper sex toys work well in the beginning, they're not very good as a long term sex toy as they tend to fall apart after a while.

Of course, you should only purchase what you can afford so if you want to get into sex toys, but don't have a lot of disposable income lying around, don't bankrupt yourself!

Now that you know what you should be keeping in mind, let's get to the reviews!

Say’in that, this is still a great set for beginners who can afford it.

I really like kits for this reason since they allow you to receive multiple sizes of a sex toy. You can test out the different sizes without having to go out and buy more sizes.

There's a small size which makes this great for beginners to use and work their way up to the larger sizes once you decide you're ready for an upgrade.

You will most likely outgrow it over time, so do keep that in mind when considering whether or not to purchase this kit.

While it's fairly decent quality, I probably wouldn't recommend it for long term use for the reasons I detailed above in the price section.

But I still can't deny that this is a good way to get started using strapons without sinking in too much dough.

The toy itself is pretty easy to use and made of decent enough materials. The size is pretty good for beginners so this is a decent enough introduction to strap on's to see if you like using them in the first place without too much financial risk.

I found it really easy to use and even though it occasionally slips out of place when getting rough, it wasn't all that hard to get it back into place and get back to the fun stuff.

So now we're getting into more advanced strapons.

While I didn't think it was enough to ruin the whole experience, I definitely would have preferred if they had been a bit more comfortable.

And once you get used to using it, it's incredibly easy to use.

(My partner really felt full while it was inside of them)

When being worn, the bulb rubs up against the G-spot after every thrust which is such an amazing feeling!

So, What We Sayin’ About Strap Ons…

It's a great size for beginners.

Even though it may occasionally slip, I haven't had much trouble putting it back in place.

These slips are also pretty few and far between so it's not like you're having to adjust every other second.