Which is great for us ladies! When I was still kinda new to sex toys, I wanted something that simulated oral sex. I didn't think something like that would exist for a woman, but lo and behold, I found a list of tons of clit vibrators just begging to be bought. I was amazed.

And now, if you're like me, you're probably getting wet at just the thought of the sex toy possibilities at your fingertips.

Because although there are TONS of clit vibrators, you’re probably aren't in a financial situation to buy all of them. (Shame!) So this is why I’m going to review 5 of my favorites. But before we dive into that, first, a little bit of background info.
Table of Contents
1
Are Clit Vibrators Expensive?
2
Can You Use Clit Vibrators In The Shower?
3
How Do Clit Vibrators Work?
4
THE Best 5 Clitoral Vibrators Around!
5
Conclusion...

If you look for toys on Amazon, you'll probably find some that are pretty inexpensive, but they're probably not going to last in the long term.

Which is fine if you're looking for something of a trial run, but if you're experienced with using sex toys, you'll probably want to look for something a bit more permanent, at least in my opinion.

If you either can't afford the more expensive sex toys or aren't interested in shelling out the dough, that's completely fine. Not everyone's interested in spending a lot of money. Just be aware that you'll probably have to replace those toys down the road.

Can You Use Clit Vibrators In The Shower?

This completely depends on the toy. If you have to plug it in to use it, no, absolutely not. Don't even get that thing close to your shower!

Luckily, pretty much all clitoral vibrators are made to be waterproof. All of the toys in this article are waterproof, so you don't have to worry about hurting either yourself or your toy.

Being waterproof is a selling point, so if an item description doesn't mention being waterproof, you should pretty much assume it isn't. 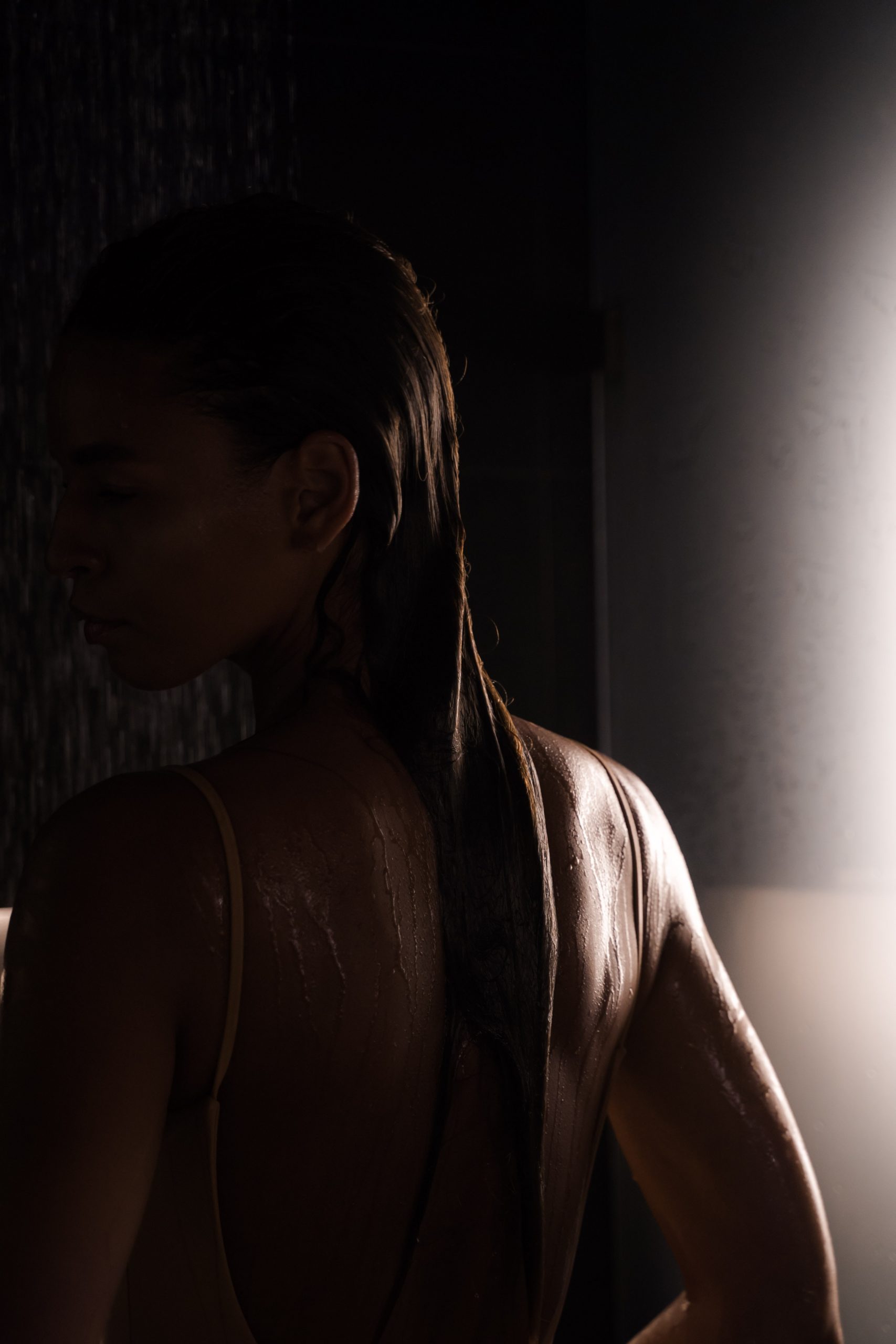 How Do Clit Vibrators Work?

So this is where things begin to vary.

Some of these toys come with a bit of a learning curve to figure out how you like to position it and where so getting a little help from the manual is advised.

Sometimes you can find video tutorials to help you figure out what to do, but other times you kinda can't due to the somewhat graphic nature of a demonstration.

But I've found a couple, so try to look around if you prefer to watch a video as opposed to reading the manual which I completely understand. I don't read manual nearly as much as I should.

THE Best 5 Clitoral Vibrators Around! 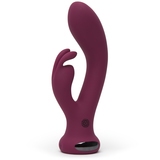 While I definitely would have preferred a longer-lasting battery, I can't recommend this product enough. I love using it and try to incorporate it into my toy rotation whenever I can. And you should too! So click the link and check it out for yourself!

Another rabbit-looking toy. This time, it's the Jimmyjane FORM 2. Unlike the other clitoral vibrators on this list, this toy has wireless charging capabilities.

Just put it in the dock and let it do its thing until fully charged, or until you need it-- whichever comes first. Like the previous toy, this also feels great in your hand.

It's such a small toy but delivers such powerful orgasms that it's worth every dollar paid. I especially love how well it sits on my clit.

The ears are also a little flexible so you can squeeze them together to get even more directed stimulation. If you've got the cash, definitely invest in this magical little toy. You're not going to regret picking it up.

Unlike the other vibrators on this list, the Lelo Ora 3 actually simulates oral sex. And like, it's incredibly good at it.

This specific iteration of the Ora improved the tongue portion of the toy so it feels incredibly realistic. You won't believe how amazing it feels to put this on your clit and let it do all the work.

And the best part? You get amazing oral every...Single…Time. When this baby's around, you don't have to worry about whether or not you're going to get off because you most definitely will.

I especially like how easy it is to hold. When I first saw it, I was confused about how I was supposed to hold it because I'm really smart and I thought you were supposed to put the hole around your clit. I don't know why that was my first instinct considering you can see the tongue in the product picture.

It was literally right in front of my face and I still couldn't figure out how it worked. But you don't have to worry about being like me. The toy's designed to be held really easily so you can spend more time having the orgasm of your life.

And really, isn't that what everyone wants?

The one downside is how expensive this is. You're going to be paying the same amount as you would for the Womanizer Premium which should give you a hint as to the quality of the product.

I think you can tell that I absolutely adore this little circle of heaven so if this toy sounds like something you'd be interested in picking up, definitely check it out!

"You said you weren't going to include a Womanizer product, you sex toy pushing hussie!"

I said I wasn't going to sing the Premium's praises. I wanted to look at some of the other toys in the line since they're less expensive and oftentimes a perfectly valid alternative to the Premium if you're not too keen on dropping such a large chunk of dough.

The Starlet, in particular, is a smaller version of the Womanizer. Despite its smaller size, I definitely have to say it doesn't sacrifice much on the power aspect. Good god can this sucky boy get you off!

Which begs the question: "where did they cut corners to make it cheaper, then?" Well, the biggest areas are size and materials. The Starlet is made of a hard plastic instead of a soft silicone like the Premium.

I would also argue that it looks a little cheaper, but not ugly. I like the peach color they chose, but I think the blue one is a bit too much.

But enough about appearance. Y'all want to know how much this thing sucks! It sucks good, let me tell ya. I've tried the Womanizer Liberty which comes with a little case so you can more easily travel with it.

While it's more expensive than the Starlet, I've found complaints of it not being as powerful which I kinda have to agree with. The Starlet doesn't have those same problems, though which I think is absolutely fantastic.

So go out and pick this toy up! It's absolutely amazing!

And now we enter the world of app-controlled sex toys.

I usually don't like these since I think it's not that big of a deal to either have a remote or to click a button, but this toy is really interesting since you can use the app from any distance.

If you're in a long-distance relationship, you or your partner can use it to get the other off.

That's such a uniquely close experience that I think you occasionally need with your partner that you can't usually get with other sex toys.

While I don't think this is a relationship maker or breaker, this is still such an interesting addition I just had to mention it.

But how does it feel? Well, it feels great! It's similar to the Womanizer products in that it sucks rather than just vibrates and it does its job incredibly well.

I'd argue maybe a bit too well since even the lowest setting is still pretty strong. If you're on the sensitive side, this toy might be a bit too much, but if you're not all that sensitive this is great for you! It's also really quiet which is great for discretion purposes.

Its small size allows for easy travel or storage away from prying eyes. Even though it takes a while to charge up, it's still a great toy to get if you're wanting something that'll last you a very long time.

If you're a sex toy connoisseur, I'd have to recommend you get the Lelo Ora 3. It’s redesign makes the tongue on the toy feel like actual oral which is a huge advancement. If you're someone who doesn't have a current partner but still wants to get some oral, definitely check this toy out.